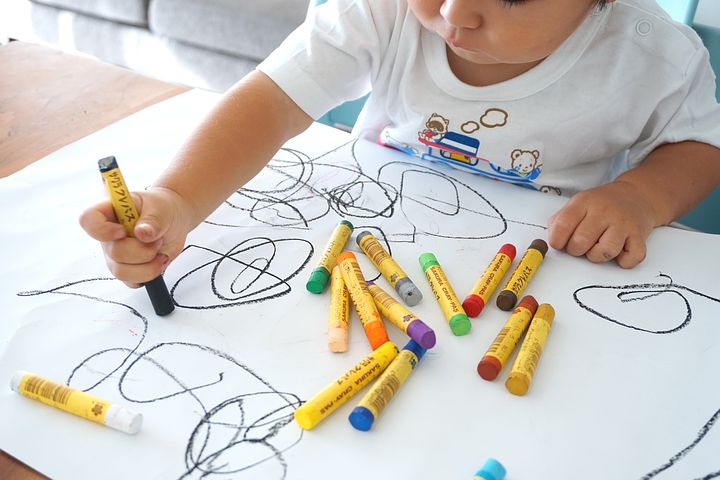 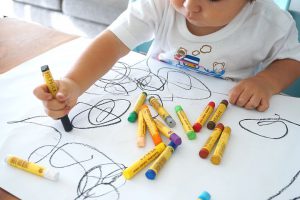 This is a simple activity that requires few materials and almost no preparation. All you have to do is grab a sheet of paper and a writing utensil. Any child old enough to draw a picture can play, and it’s good for as few as two people and, with a few tweaks, as many as you want to add.

If you’re drawing on paper, your upper number is as many as can comfortably pass the drawing around. If you have a larger group, you can use a white board and markers, or a chalk board and chalk. For the sake of simplicity, I’ll give instructions for two players.

The Artist may orient the scribble in any direction he or she desires. So, let’s say the Scribbler makes a scribble like this:

Or he or she might flip the scribble (upside down or sideways):

If an older player is drawing for a younger one, the older player should start with a simple scribble. Scribbles can become more complex as players get better at the game. They’ll let you or the other players know when they want a harder challenge.

I’ve found that this game works best when the goal is to keep it going as long as possible. This makes it a collaborative game where players have to be empathetic and learn to be aware of each others’ abilities.

I’ve seen it played where the goal is to stump the other player by coming up with a scribble that can’t be made into anything, and the result is never very satisfying. Part of the pleasure of the game is seeing what the other person comes up with.

One way to preserve its collaborative nature while adding an element of competition is, if you have at least four players, to create two or more teams. Each team gets a point for each completed drawing, with  bonus points for more complex drawings. This version works best for older children.

Have a question, request, or concern you'd like me to address? Email me at: Beth@childrensbooksandlearning.com. I'd love to hear from you.